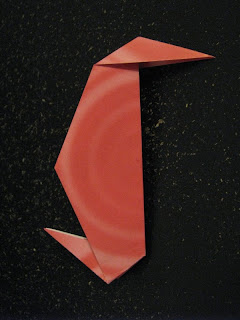 Not a bird I'm familiar with, frankly. But it comes with Amazing Pecking Action!: 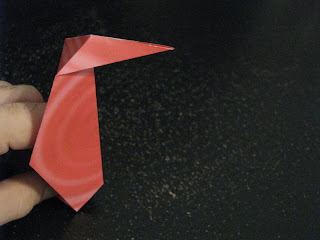 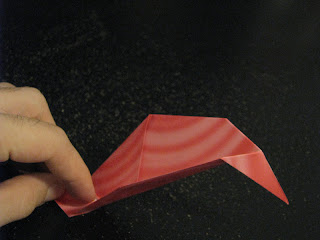 Your results may vary. 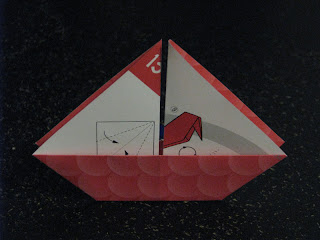 Yes, your eyes are working properly: there's only one paper sailboat in the picture. Like the pencil folding, before, which actually made four pencils (which I'm only now telling you about) out of one sheet of paper, this instruction supposedly made two. However, I simply folded the paper in half and went for one. It has another dirty fold in the back, relegating it to one of my least favorites. At least the hideous "pecking bird" had clean folds.

The 15-16th was an informational double-day that told me how to make the folds that I already made two days earlier with the bird. Seriously. I'm not sure why the editor overlooked that one. 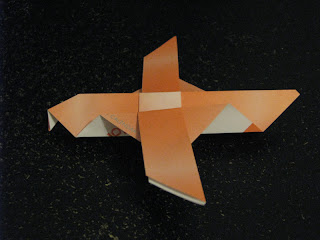 (Now introducing the color orange.) I'm not sure what's peaceful about it; it's pretty harmless, though. I'm also not sure what's dove-y about it--this is another instructable that didn't clearly show where the fold should be, thus, the stupid-thin wings. 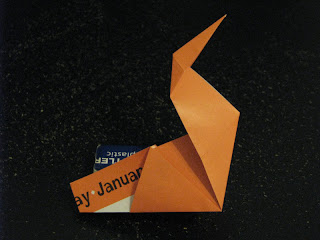 Yes, part deux in the incredibly life-like, action-figure models. At least this time the designer was brave enough to identify the bird ("chicken" is certainly a stretch, though): 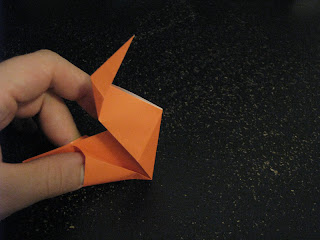 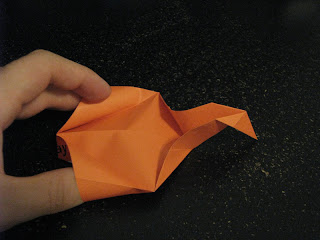 Batteries not included.
Posted by Joshua at 22:22
Labels: origami