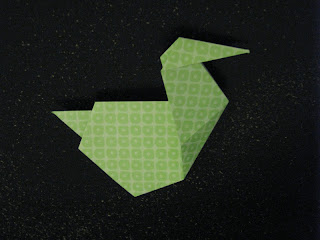 12-13 was the blintz base instructable. The second time they actually put the instructions before the model that required it. Good job, Ed. 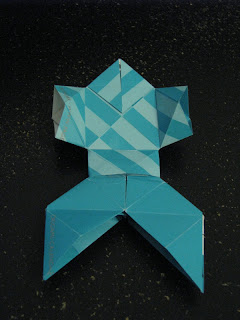 Another two-parter that didn't fit together quite right.

16: The "mexican rose" was a complete failure. The instructions for it were the worst I've read, yet. I stopped short, frustrated. And because it was such an ugly interpretation of such a pretty flower, I didn't want to try again. Funny, I did an "origami mexican rose" search and Google and couldn't find one picture of the same design. Apparently, it's not supposed to be. 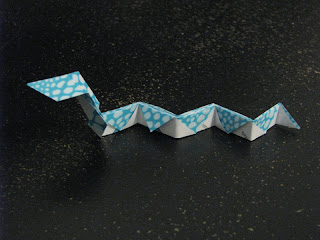 This was my favorite of the set. 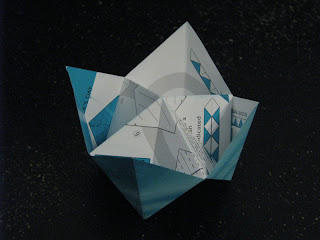 Other than the paper airplane, I believe this is the oldest thing I learned to fold. We always called them "fortune tellers". I had never heard it called a "salt cellar" until this morning. I looked it up on Wikipedia; it appears to be an acceptable name.

19-20 was the boat base. Third time they've got it right. Looking good. 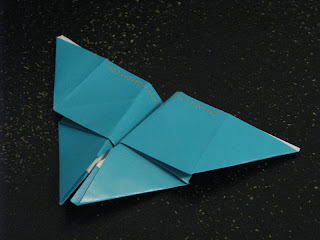 Not too proud of the model, though.
Posted by Joshua at 13:33
Labels: origami