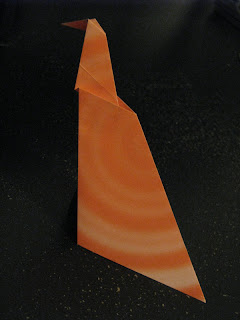 Not my reaction. My sister has owned several peafowl, half of which were cocks. This thing stands like a stork or some similar water fowl. And, yes, that extra crease on the neck isn't supposed to be there. 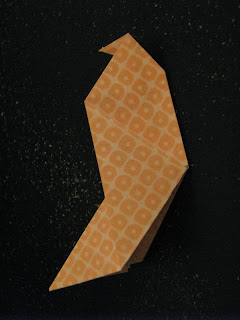 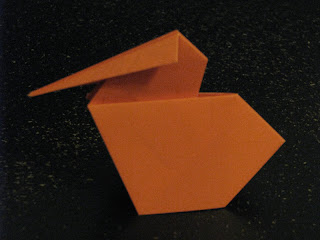 The long, pointy beak kind of works for it. On an tangentially related note, my sister once had a pharaoh quail that I named Kiwi. Probably my favorite bird pet that I've ever had. 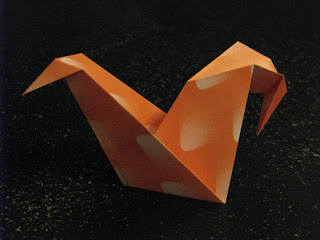 I've seen a lot of nesting hens in my life, too, and this doesn't evoke any particular memory. The tail resembles more of a cock than a hen. 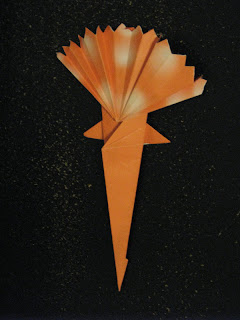 This takes the infamous "least favorite" position. Another two-parter, it doesn't even fit together. The top of the "stem" is supposed to *hook* over the top of the flower, but it certainly fails to hold it in place since the base doesn't fit into anything. It also has the dirtiest folds yet. It is a visual and doubly functional failure. Another failure was in publishing: this model required a "fish base" which isn't taught until 29-30, three days later. 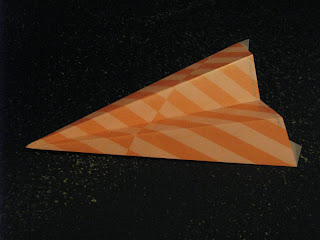 Otherwise known as a paper airplane. I can't censure this one too harshly, since I like paper airplanes. I question putting this into an origami book, though. 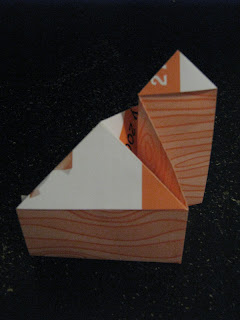 This model amused me as I was folding it, but disappointed me in the finished product. 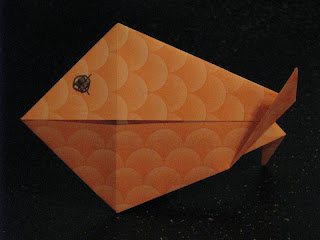 The fish's action-packedness wasn't even impressive enough to exhibit.
Posted by Joshua at 08:21
Labels: origami