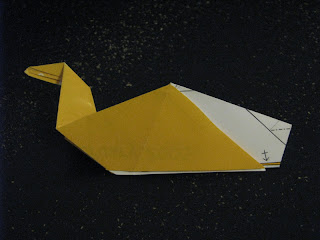 Does not look like a Mandarin duck. It's also lacking its curly, little tail. 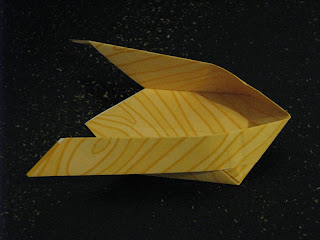 That's exactly how it was oriented in the book. I have no idea what kind of sled it's supposed to be. 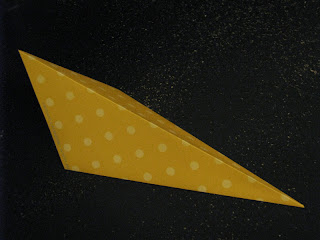 Seriously, a page was wasted on this. The "mouse" doesn't so much as *jump* as *twitch* and *pop wheelies*. I refused to even do it the honor or drawing a face on it.

12-13 let me know the size of the world's supposedly largest paper crane. 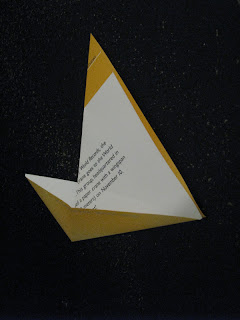 It is somewhat evocative. 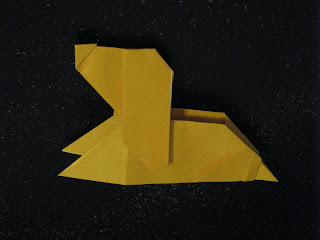 The first one with a capital letter; I don't know why. Mandarin is a proper noun, but it didn't get a capital letter. Maybe the inconsistency was overlooked. Another two-parter, the instruction for the head curiously made two heads, but the instruction for body only made one body. It's one head shy of being Cerberus. This is currently my least favorite, losing to the "carnation" earlier. Like the flower, the two pieces don't actually attach--and I like flowers far more than dogs.
Posted by Joshua at 10:08
Labels: origami