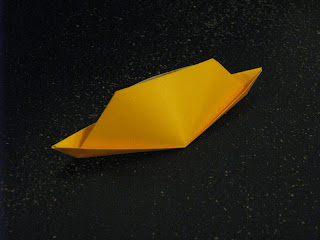 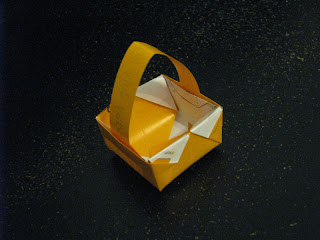 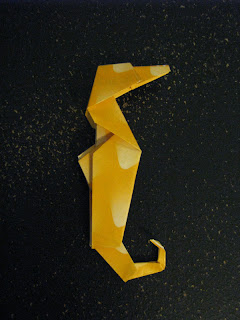 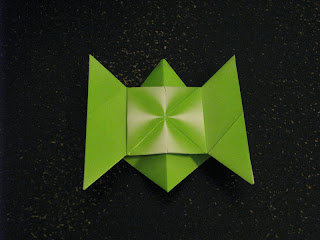 The final product isn't that attractive, but I liked the design. It's as if the paper is actually tied into a knot. 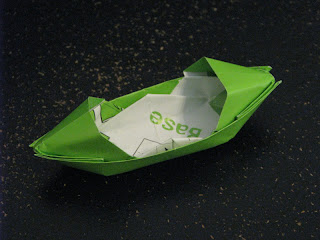 The end product is cute, but "kayak" would have been a better title. The bow and stern of motor boats aren't symmetrical, and this boat is missing its *motor*. 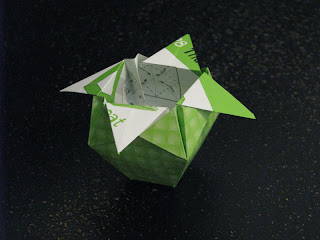 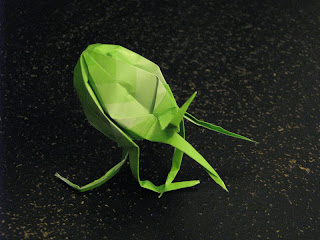 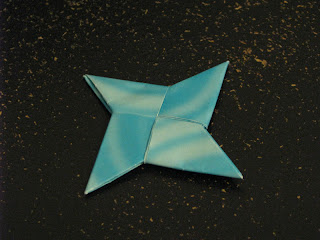 One of my favorite designs, really. I first saw this design in tenth grade when my buddy Michael Wilderman gave me one as a Rosetta Stone of sorts. We had each made a cipher before we met each other, and he wrote "ninja star" on each side, one in his cipher and one in mine (which happened to be named "Rebellion"; I don't remember what the name of his was). 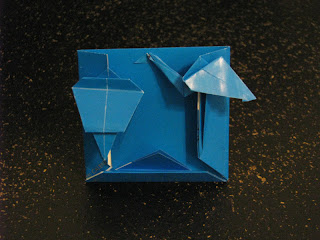 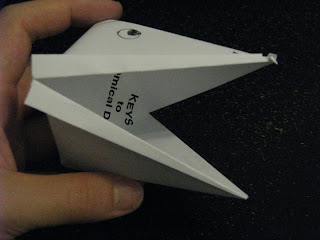 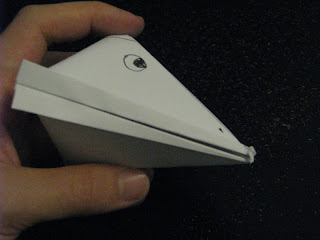 The talking bird-thing amused me. 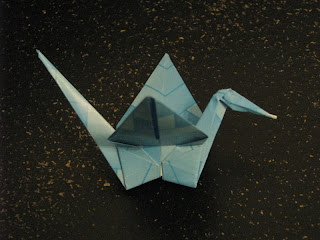 The ultra-popular fold. This is essentially synonymous with origami. 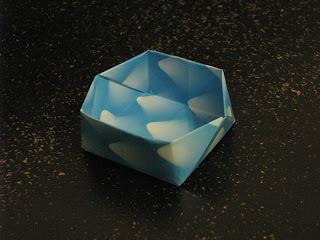 Posted by Joshua at 11:02
Labels: origami